A Critical Analysis of Chromotherapy and Its Scientific Evolution – Part 2

An Analysis of Chromotherapy – Finnleo Sauna 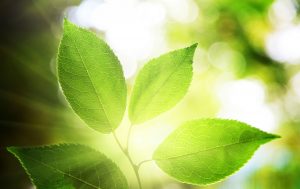 Chromotherapy is a centuries-old concept. The history of color medicine is as old as that of any other medicine. Phototherapy (light therapy) was practiced in ancient Egypt, Greece, China and India. The Egyptians utilized sunlight as well as color for healing (4). Color has been investigated as medicine since 2000 BC(5). People of that era were certainly unaware of the scientific facts of colors as medicine, but they certainly had faith in healing with colors. They used primary colors (i.e. red, blue and yellow) for healing as they were unaware of the mixing up of two colors. The science seems to have been silent at those times. Part 2 continues….

Most areas that seem to have been ignored in the past were emphasized by Edwin Babbitt. Babbitt presented a comprehensive theory of healing with color. He identified the color red as a stimulant, notably of blood and to a lesser extent the nerves; yellow and orange as nerve stimulants; blue and violet as soothing to all systems and a shaving anti-inflammatory properties. Accordingly, Babbitt prescribed red for paralysis, physical exhaustion and chronic rheumatism; yellow as a laxative, emetic and purgative and for bronchial difficulties; blue for inflammatory conditions, sciatica, meningitis, nervous instability, headache, irritability and sunstroke. He also stated that ‘all vital organs have direct connection with the skin through arteries, blood vessels and capillaries, and colour rays can affect the entire blood stream through circulation and elimination of toxins’ (9). Babbitt also developed various devices, including a special cabinet called a thermolume, in which colored glass and natural light were used to produce colored light and a chrome disk—a funnel-shaped device fitted with a special color filter—was used to focalize light onto various parts of the body. He discussed in detail the effects of the reflection, absorption, transmission and polarization of light. Different patients were presented in his book who had been treated using color healing devices created by him. Babbitt also established the relationship between color and minerals, which he used as an addition to treatment with colored light, and he developed elixirs by irradiating water with sunlight filtered through colored lenses. He claimed that this ‘potentized water’ retained the energy of the vital element within the particular color filter used and had remarkable healing power (7).

Babbitt was in fact among the pioneers of modern chromotherapy. He used both direct and indirect methods of color treatment. He seemed to be well aware of the techniques and methodologies used in chromotherapy. His invention of different devices such as a special cabinet that used natural light to produce colored light by splitting it into seven colors, used for the focalization of light onto some particular area, worked quite effectively for healing wounds and stopping bleeding, headaches, etc. The actual energy to which he referred in potentized water was not calculated by any means. He did not explain the energy change in water, its quantum states and how different kinds of vibrations affect water in different manners. He did not explain about the potency of potentized water, but incredible for that time was is his correlation of magnetism with chromotherapy. His work on color healing, for the first time in history, proved to be comprehensive in taking both a physiological and a psychological approach. Anychromotherapist even nowadays can benefit from his work as he discussed appropriate colors for diseases in detail that in a way does not contradict to the facts newly established under the influence of science.

20th Century Scientific Emergence Ghadiali (1927) discovered the scientific principles that explain why and how different color rays have various therapeutic effects on the body. His Spectro-Chrome Encyclopaedia, is considered to be the first published book to explain the complete doctrine of chromotherapy. The rules explained in this book could be proved using any kind of modern techniques. Most chromopaths have used his technique (1,10). He discovered that there is a unique color or energy vibration that either sedates or stimulates the stream of energy through a specific organ, causing a natural biochemical reaction. By knowing the action of different colors upon the different organs and systems of the body, one can apply the appropriate color that will balance the action of any organ or system that has become abnormal in its functioning or condition. When this balance is disturbed, mental and physical problems occur. The aim of the science of color healing is to cure disease by restoring normal balance of color energies of the body (11). Ghadiali established that particular areas of the body respond to particular colors; these areas are similar to what the ancients called ‘chakras’. According to Klotsche, ‘the chakras are areas of highly concentrated energy that are connected to various locations mainly along the spinal cord. These energy fields are related to the major organs in the body’ (1). The concept of chakras is essentially an east Indian concept, which Ghadiali presented as the source of energies.

The work of Ghadiali actually demystified the theory of chromotherapy. Ghadiali’s research stated: ‘The colour bands of spectrograms are produced when a chemical element undergoes a process of combustion or vaporization that accelerates the motion of its atoms. The specific band of colours and dark lines emitted when a certain element is heated, are known as Fraunhauafer lines.’ This procedure is commonly used to identify the chemical composition of a substance (with a photo spectrometer) (11).

Contrary to accepted scientific theory, which assumes that each element is a unit, Ghadiali concluded that ‘the chemical elements are colour compounds’. His results can be proved by any of the sophisticated equipment of modern science. ‘A specific disease thus constitutes a specific imbalance of colour waves and by implication, chemical imbalance.’ Ghadiali found that by treating the body with a particular color vibration, one could effectively reintroduce the appropriate biochemical elements into the body; he referred to this as color chemistry, certainly anew field of study. His results as published in the first decade of the twentieth century were advocated by Klotsche(1) in Colour Medicine: color medicine not only can heal the diseased frequency of the body but also can introduce actual chemical elements/vibration into the body in a non-toxic form.

During the nineteenth century the emphasis in science was exclusively on matter rather than on energy. As medicine came under the umbrella of science, it focused too much on the material physical body, ignoring the mind. With the advances in physical medicine and treatments such as surgery and antiseptic, interest in healing with colors declined.

Understanding Chakra and Color Ray Frequency In 1951 Takkata discovered that ‘Colour Ray Frequency changes in atmosphere arising from the sunspots really affect the flocculation index of human blood albumin resulting in changes of menstrual cycles’. Takkata came up with experimental results on direct exposure to sunlight. He did not mention anything about material aids for providing a color deficient to the human body. Ott described Takkata’s experiment in Part III of his series Colour and Light: Their Effect on Plants, Animals and People, published in 1987,and described how color rays from sunspots would alter a person’s flocculation index. He further explained that there are different methods of applying colored light. It can be received through the skin or the eyes, which, in turn, has been found to stimulate the internal glands (10). Ott’s work seems to be a continuation of Takkata’s efforts; both have worked on the effects of light on blood, but Ott also described the different methods of chromotherapy. It is not clear in his work what parameters he has adopted to verify the effect of sunlight on skin. The same effect was also described in Babbitt’s work, which is more informative and explanatory. It is very interesting that no chromopath has contradicted another’s specific color treatment suggested for a specific disease. Ott also emphasized the biological functioning of the human body when chromotherapy is applied. He noted that different lights affect different enzymatic reactions for healing purposes (10). This was the first time that the effect of chromotherapy was tested at the DNA level.