Earth Day is April 22…Celebrate by soaking in a hot tub!! 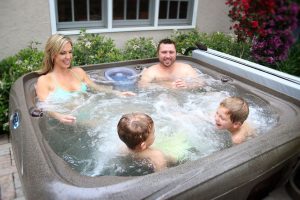 Wednesday, April 22nd is the day set aside in 2020 to celebrate Earth Day, meant to heighten awareness of the gift of our planet’s natural environment. Founded in 1970 in the U.S., Earth Day has grown into a globally recognized date, now celebrated in more than 175 countries.

Since the year 2000, the focus has been on global warming and a push for clean energy. With 5,000 environmental groups in a record 184 countries reaching out to hundreds of millions of people, Earth Day 2000 combined the big-picture feistiness of the first Earth Day with the international grassroots activism of Earth Day 1990. Earth Day 2000 used the power of the Internet to organize activists, but also featured a drum chain that traveled from village to village in Gabon, Africa. Hundreds of thousands of people gathered on the National Mall in Washington, DC for a First Amendment Rally. Earth Day 2000 sent world leaders the loud and clear message that citizens around the world wanted quick and decisive action on global warming and clean energy.